Zero Motorcycles, the Californian two-wheeled version of Tesla, but without the eccentric boss, and dreams of space. Despite being founded by an ex-NASA engineer, initially started-up in a Santa Cruz garage to an internationally recognised brand. Zero have been plugging away with developments into their bikes, making them probably the best electric bikes in the world. The new SR/F takes a further step forward for EV’s, and did a real job on this ‘petrol purist’ writer.

Formed in 2006, Zero Motorcycles had been flying under the radar, especially in the UK. Fast forward to 2019, and most bikers will recognise the name, regardless of whether electric is for them or not. Now the electric boom is here, Zero have had the head start vs other manufacturers. Constant innovation and development has allowed their initially small range of bikes to evolve into a full range of motorcycles.

If Carlsberg did electric motorbikes…

New for 2019 is the Zero SR/F, Zero’s most advanced bike yet, possibly the most advanced electric bike on the market. Despite stiff competition from much larger main manufacturer brands. The SR/F boasts many modern conveniences seen on conventional petrol-powered bikes. ABS, traction control, and adjustable rider modes which work in exactly the same way as their flammable liquid counterparts.

Performance figures are comparable to petrol engines, 110hp gives it the same as a Ducati Hypermotard 939. 190Nm of torque gives it more than a ZZR1400. Weighing in at 220Kg ready to ride, there are no liquids to add to that figure. This weight total is not too far a ‘Normal’ bike. Manufacturer curb weights for petrol bikes have minimal fuel, so are usually light to make the spec sheet more exciting. Add to that brands mix dry weight, curb weight and wet weight nobody really knows precisely. For the Zero, it’s 220Kg ready to ride, may sound hefty, and well it is, but it isn’t. The weight is cleverly packaged hardly noticeable at slow speed. At higher speeds, the added momentum provides stability and a surefooted feeling. However, best of all, it still leans and handles as much as I was hoping.

Alpinestars Supertech R boots, are they as good as claimed?

The main perceived stumbling block for electric bikes has always been range and charging speed. The common consensus is that they have a poor range and take an age to charge. Zero say the SR/F has a range of 160 miles of ‘City riding’. This is boosted to 200 miles with the optional extra ‘Power Tank’ added.

Just the same as with a petrol engine, range will vary depending on use, and here Zero gives multiple examples. Claiming 99 miles at 55mph, upping the speed to 70mph drops range to 82 miles. These figures are all on the standard battery. I would expect the Power Tank to add some extra range as it does with city riding. The bike does have regenerative features that charge the battery back up under braking or shut throttle. This adds miles back onto the range. The battery effectiveness will also depend on the weather, and season, as a small dip in performance may be noted in colder ambient temperatures. This is due to the increased internal resistance of the battery. There are workarounds to combat this, and it isn’t specific to just the Zero, but all EV’s.

Recharging is also filled with variables. The optional Rapid charge upgrade for the premium model replenishes 95% charge within 80 minutes. However, the standard built-in charger will take 4.5 hours to get to 100%. The SR/F is Rapid charging compatible which drastically reduces the recharge time. Expect the standard SR/F to reach 100% in 1.8 hours, whereas 1.5 on the premium.

SR/F has a Built-in tracker and companion app

The SR/F comes with Zero’s Cypher III operating system which allows full phone connectivity, and a companion phone app. This allows real-time monitoring of the bike, showing charging status, motion tracking and alerting to possible charging problems like a power trip to the charging unit. The hidden away in-built sim card also acts as a tracker in the event of a theft, this service is initially free, but costs a subscription after the first two years.

This bike isn’t just a commuter bike with a big battery and motor, don’t be fooled. Showa adjustable suspension and Pirelli Rosso 2 tyres inspire confidence. It feels solid and planted, it corners with precision, the J-Juan brakes might not be a big name brand like Brembo or Nissin, but they work well and stop much better then you would expect. You might not recognise the name, but if you look closely, the callipers may look familiar from other bikes. Let’s be honest, who really cares what they are called as long as they work.

The big perk to electric motors is the linear torque from 1RPM, there is no torque curve like on a petrol engine. Of course, it drops off slightly at higher revs, but on the road, it’s not noticeable, there is just an arm wrenching pull. The sensation is weird in comparison to petrol power. A petrol engine will have dips in torque, or slight flat spots and even gear changes with the best quickshifter can feel like the stutter. With the direct-drive motor, it’s just a constant pull, the only likeness I have felt is like the Rita rollercoaster at Alton towers. Just continuous linear acceleration. While it might not be fast to accelerate as a superbike, the Zero certainly is no slouch. The quiet nature is deceptive, especially when you look at the speedo which is reading higher than the posted speed limit.

The SR/F features Zero’s own ZF75-10 air-cooled motor, keeping weight to the minimum. The motor and swingarm are mounted together, keeping perfect tension on the drive belt at all times. This maximises the amount of torque to the rear wheel and guaranteeing no belt slip.

With its naked styling, tubular frame exposing the battery, motor and suspension, allowing plenty of airflow to cool the motor and battery. It looks the part, a mix of the sporty naked, cool factor, and it’s easy to see where the bike draws inspiration from.

I commonly hear people bashing electric bikes. Common gripes include a boring ride, with no clutch, gearbox or engine noise it takes away the ‘motorcycle feeling’. I do get the point that die-hard petrol motorbike fans make. When riding a regular motorbike, you feel a part of it. Having to change gear, the vibrations and noise gives you something to do, not just sitting in the audience watching. Despite having no clutch or gears, I still felt like the lead actor on stage, with less to worry about. No need for neutral at traffic lights and no members of the public giving me those evils I so often get while riding a noisy bike offending other peoples eardrums.

Yes, it is weird at first, but other than having no clutch or gears, it rides the same as a petrol motorbike. It does still make noise, and yes it sounds nothing like a crossplane and decat combo, but the motor does wirr and squeal away under load, giving it it’s own character. For once, it was nice to not be the loudest thing in the area, riding along with earplugs in relative silence, with only wind noise and the motor wirring away as accompaniment. Fitting a Bluetooth system and playing some tunes or a podcast while riding, and actually being able to hear it would be great.

How common are electrical charging points?

Overall for me, I love the fact that companies are developing the electric tech going into the bikes. Still, I don’t think the necessary infrastructure is in place at the moment. Since we started putting petrol engines into cars, many shops selling petrol have been opened up and down the country. These shops allow us to fill up and continue with our journey within a few mins and with minimal inconvenience. With electric, this process takes longer, and outside of big cities and built-up areas charging points seem very rarely seen. For a northerner like me, there is a severe lack of charging points, and even fewer speedy level 2 supercharge points.

Check out charging locations on ZapMap

For areas where the facilities are good, having an electric bike isn’t an issue, same with long-distance motorway trips. Most service stations have charging areas so you can plug in, and charge while having a brew, food and trip to the loo. It gets awkward if you are popping for a coffee and cake ride out to the peaks, for example. Chargers are few and far between out in the sticks, and this is where I feel in 2019 electric struggles. In this scenario, an EV, unfortunately, isn’t suitable. Still, surely it will be in a few years once the appropriate infrastructure is in place. If needs must would it be frowned upon to ask to borrow a plug, in the pub?

What does an electric bike cost to charge?

The Zero is equipped with a 14.4 kWh battery. In terms of cost per charge, one of the most effective ways would be a slow overnight charge using economy 7. In my area the average price is 13p per kWh, so a full charge would cost me £1.87, vs a £22 full tank of Super unleaded in the R1, for quite the comparative range. Where it gets interesting for the EV is when you are charging on the go, there are many different providers, all of which operate slightly differently. Some will charge a connection fee, and per kWh, some will charge a monthly or annual subscription. Most will charge an overstay fee where if your vehicle is plugged in too long after being charged and taking up space.

Prices are highly variable. Geniepoint which operate from BP stations charges a £1 connection fee, 30p/kWh and have a £10 overstay charge after an hours charging. Ecotricity charges a flat 39p/kWh unless you are a member. This drops it to 19p/kWh, and I have seen others pay by the hour, or have a minimum price amount.

At 40p/kWh a full charge would be £5.75. Without factoring in hook up fees or an overstay fine, so still cheaper than equivalent petrol fill-ups.

Personally, I feel the SR/F would make an excellent alternative to petrol powered naked bike, despite being more expensive. Priced at £19k and £ 21k for the standard and premium respectively. The caveat is there are minimal service costs to the SR/F, no annual service. The only real cost being the electric charging and consumables. The only expected costs are for tyres, brake pads and keeping the brake fluid fresh every couple of years. The drive belt requires no maintenance, and the battery itself comes with a 5-year warranty from Zero.

Can I live without petrol?

Theoretically, yes but practically no, not yet. As a commuter machine, it would be excellent, easily munching the 23 miles each way trip. I feel for the pleasure rides where I can do 2 or 3 tanks of fuel riding the R1, the added charging time for electric would be much more faff and time-consuming. I’ll more than likely eat my words in a few years, with the rate of EV development. Every year they get better and better, especially charging and battery performance. Still, as it stands in 2019, it does not cover the pleasure aspect, which for me is what motorcycling is all about.

Check out more of the Zero Motorcycles range 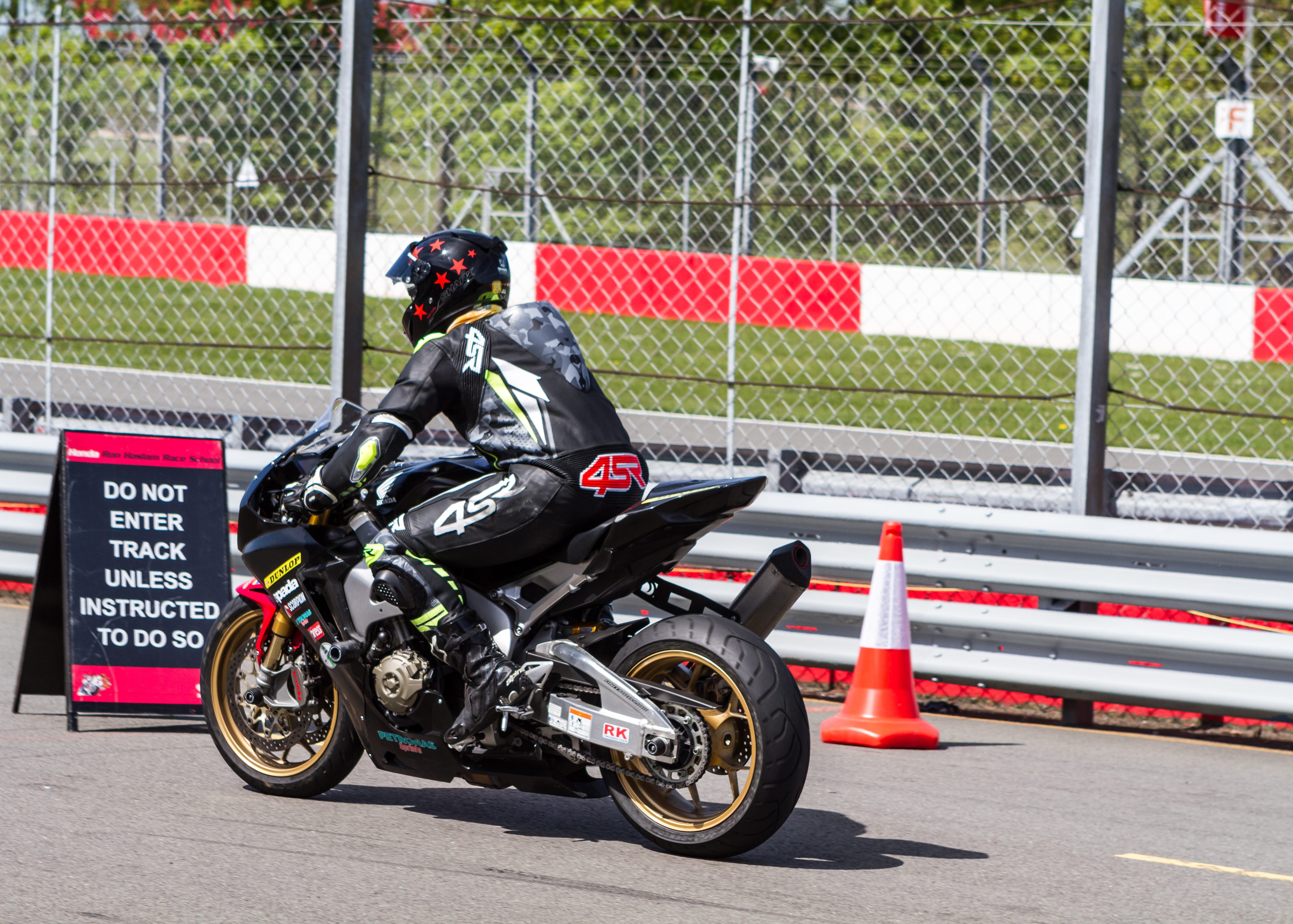 Ceramic coating and motorcycles; does it work?

4 weeks ago Alex
Secured By miniOrange